Home / tutorial / review of all consensus algorithm in Cryptocurrencies

review of all consensus algorithm in Cryptocurrencies

Proof-of-Work) The first mechanism of consensus) 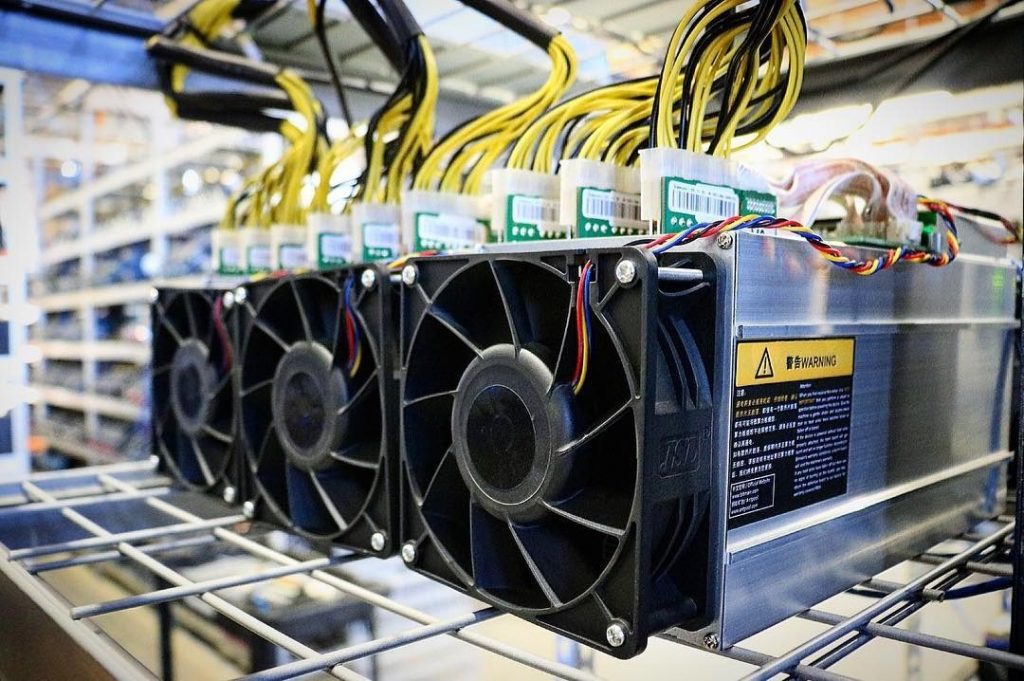 Most Popular Implementations: Bitcoin, Ethereum, LiteCoin, DodgeCoin and many more

Benefits: We know it works!

Disadvantages: Slow performance is hazardous to the environment and land

The proof of work was the first consensus algorithm used in the blockchain. This mechanism was implemented by Satoshi Nakamoto for the Bitcoin blockchain. The mechanism by which extraction operations have grown and created enormous energy consumption around the world. We all know that this mechanism works (a phrase we can apply to many other algorithms), but at this point in the game we have to think about putting it in the museum. Even Ethereum for economic efficiency and energy saving is migrating to the stock proof algorithm (PoS). Despite the many alternatives available, there is a question for a Chinese block to use this mechanism.

In the proof-of-work algorithm, miners work hard to solve difficult and useless problems to add new blocks to the network. In fact, the proof system is that “the longest chain wins”, assuming that most miners work on the same chain, that chain will be the fastest, longest and most trusted. As long as more than 2% of the Bitcoin network is made up of honest miners who have not worked together, it will be secure. 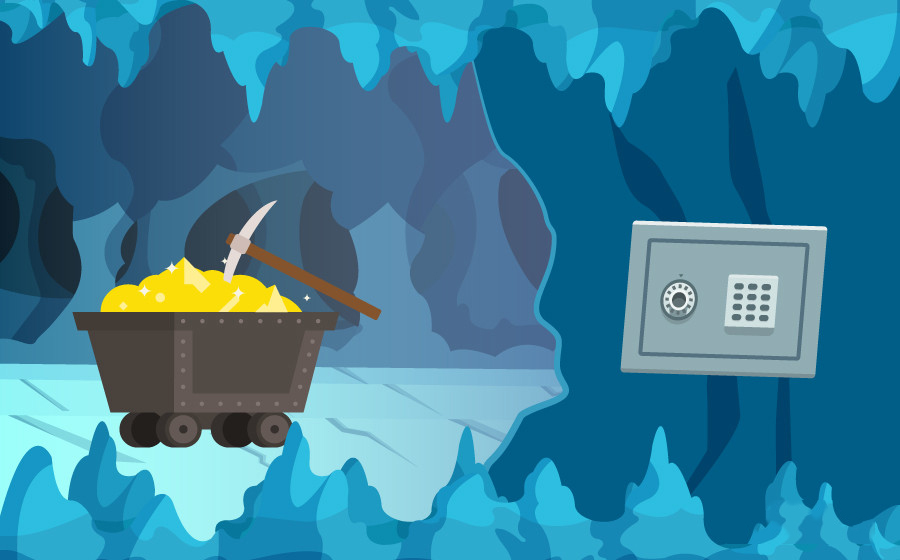 Disadvantages: Nothing at Stake problem

The problem with the stock proof algorithm is the Nothing at Stake theory. The concern stems from the fact that block validators, like any other proof of work, do not need to be processed in different forks. They can vote in any fork created without worry, so creating forks in blockchain-proof folders will be more common than the proof-of-work blockchain. This can compromise the validity of the networks that work with this algorithm. 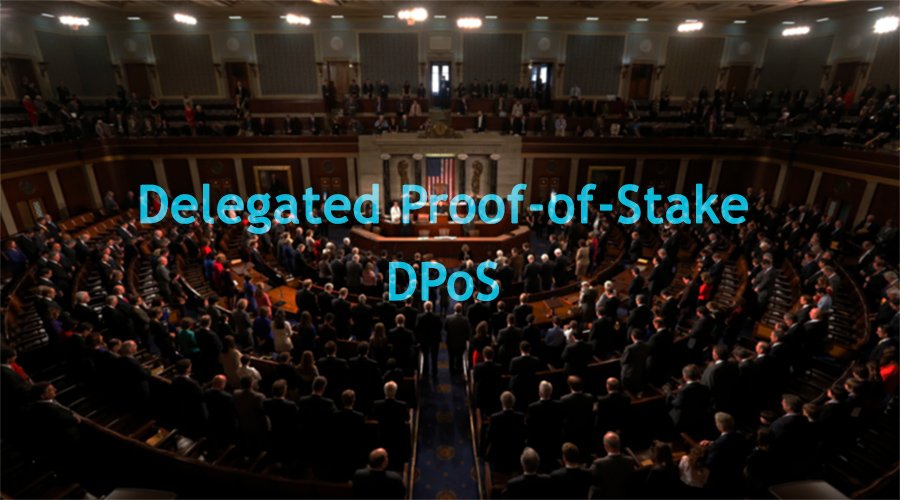 This algorithm, which is the intellectual product of Daniel Larimer, is very different from the stock proof algorithm. In the DPoS mechanism, token holders no longer vote for the blocks to be valid but instead select delegates by voting to perform the blocks’ validation. Usually between 21 and 100 delegates are selected in DPoS based systems. Representatives on the network move periodically and require their protocols to be delivered to their blocks. The low number of delegates allows them to be organized effectively, and each delegate is able to set enough time to publish each block. If delegates do not regularly publish blocks or approve invalid transactions, token holders on the network will vote to leave the agency and be replaced by a better person.

In the DPoS algorithm, block verifiers work together to create blocks rather than compete against each other, which is seen in the proof of work and proof of stock. Partial centralization in the creation of blocks makes the algorithm’s performance faster than other consensus mechanisms. It is noteworthy that EOS managed to create blocks in less than 1 seconds. Just a little faster than the 10 minute Bitcoin blocks!

Proof-of-Authority – Trust, all you need Validation is a consensus algorithm in which transactions are validated by validated and validated accounts, in the same way as administrations in conventional systems. Members on the network trust these people and expect them to do the right thing. The PoA algorithm appears very successful at the output and is optimized for private networks. Of course, this mechanism is unlikely to be seen because of the centralized nature of public folds.

Proof-of-Weight – The heavier, the better 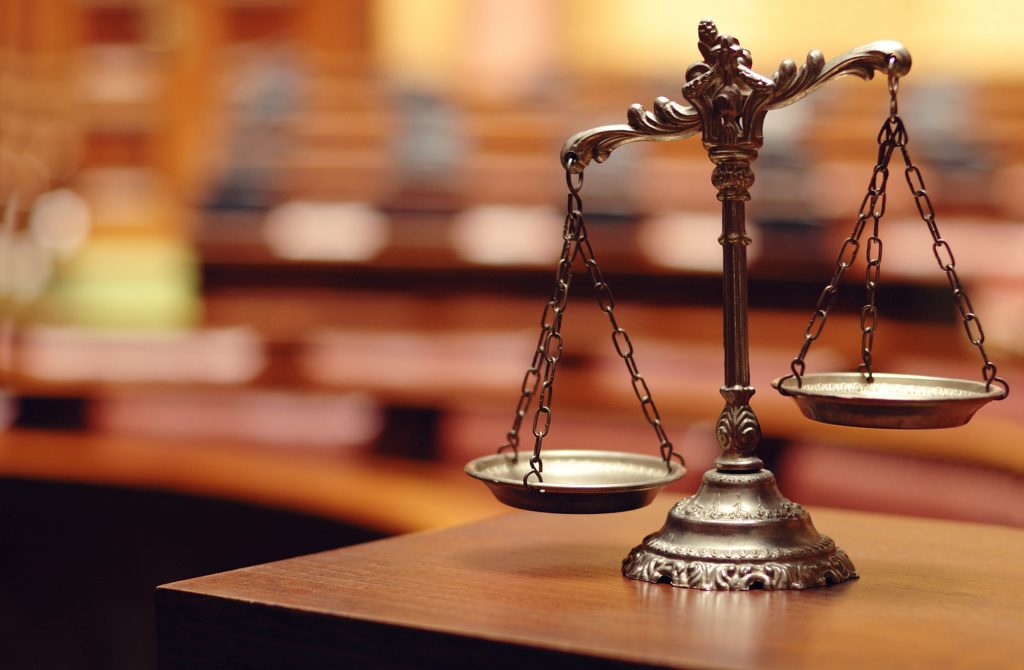 Disadvantages: The challenge of motivation

Weight proof is a broad classification of consensus algorithms based on the algorithmic collective agreement model. Based on this general idea, just as in the mechanism of proving your percentage ownership of the entire network tokens indicates your chance of discovering the next block, there are other relative weighting parameters used in the weight proof system. For example, in the Proof-of-Spacetime mechanism of Coin, you will be credited to the network depending on how much IPFS information you have stored. Other systems, like Proof-of-Reputation, take into account other parameters. 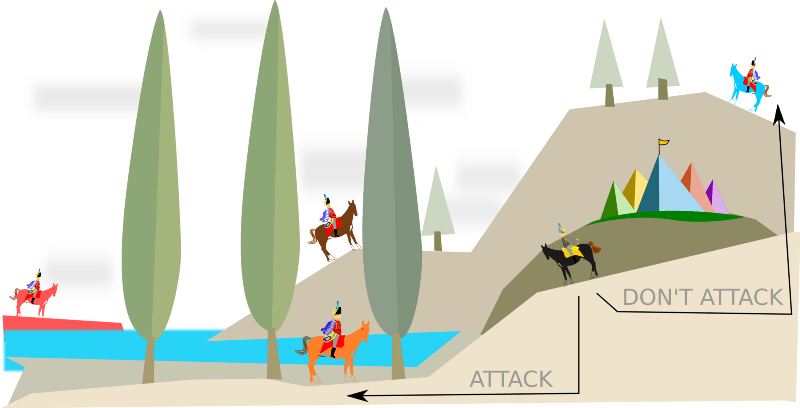 Disadvantages: Half and half trust

There is an old problem called the “Byzantine Commander Problem” with distributed computing. This begins where several Byzantine commanders and their respective armies have besieged a city. They have to unanimously decide when to attack. If some commanders attack the city without the help of others, the supremacy of their siege will be lost and the war will be turned against. These commanders need a message to communicate because of their long-distance. In the case of Cryptocurrencies, different BFT protocols are also used to overcome this problem in order to reach consensus, and each has its own advantages and disadvantages:

Practical Byzantine Fault Tolerance (PBFT): One of the first solutions to this problem was the PBFT protocol. The mechanism is already being implemented in Hyperlarge Fabric, by predetermined commanders, with considerable productivity.

Federated Byzantine Agreement: This algorithm is another type of solution to the problem of Byzantine commanders using the Stellar and Ripple Cryptocurrencies. The general idea is that every Byzantine commander in charge of his own chain releases the messages in the same way he receives them to prove the truth in the same way. These commanders (verifiers) in Ripple are pre-selected by the Institute. But at Stellar, everyone has the ability to be a validator, and it’s up to you to choose the one you trust.

Because of the extremely high output, low transaction fees, and network scalability, I think the FBA class of consensus algorithms are among the best-distributed consensus mechanisms.

Disadvantages: Depending on the type of implementation

Distributed dog headquarters now look even more appealing than Tinder Vitalik‘s profile! In Dog Consensus algorithms, we no longer see Chinese block data structure and transactions are managed asynchronously. The unique advantage of these types of networks is the ability to perform infinite transactions per second, but the consensus algorithms of the boats, like other consensus mechanisms, have their strengths and weaknesses.

IOTA is currently using the method of re-checking all network transactions in a centralized node called The Coordinator. According to the developers, the ninety-nine network assistants will be in the early stages of developing IOTA and will be removed from the network after the network has expanded sufficiently.

Hash Graph: This algorithm, which is a speech-based consensus protocol, was developed and developed by Leemon Baird. Nodes share the transactions they are aware of by chance until all transactions on the network are distributed across all nodes. HashGraph has a very high speed of transactions (more than 250,000 transactions per second) but is vulnerable to Sybil attacks. Therefore, this mechanism is a good option for private networks. It is also unlikely that viewing this algorithm on public networks like Ethereum or Dispatch in the near future.

Block-lattice: The Crypto nano-currency is implemented on an algorithm called Block-lattice, which combines the blockchain and the fork. The block-lattice structure is such that each user (wallet address) has its own blockchain that only the user himself can overwrite. All users also have a copy of each other’s chains. Each transaction uses two attributes of the sender block in the sending chain and the receiving block in the receiving chain. The mechanism seems to be very simple to work with, but there is always a way to hurt in the real world. This block-lattice structure is vulnerable to spam attacks only. In these attacks, the attacker sets up a large number of private blockchain and sends very small sums to a range of empty wallets.

Spectrum (SPECTRE): Sequence of Proof of Work Events: A proposed method for bitcoin scalability by performing recursive elections, which is used to combine work and algorithms for scalable collective agreements. The spectrum of each block extracted has several parents instead of one parent, allowing more blocks to be managed per unit of time. Each block extracted in the spectrum increases the validity of its parent block. In contrast to the philosophy of proof that “the longer the chain is victorious” in the spectrum, “the block that has the most block of children will win.” Specter has not been used in a real project and its vulnerability to attacks has yet to be determined, but it seems to be a clever solution to bitcoin problems.