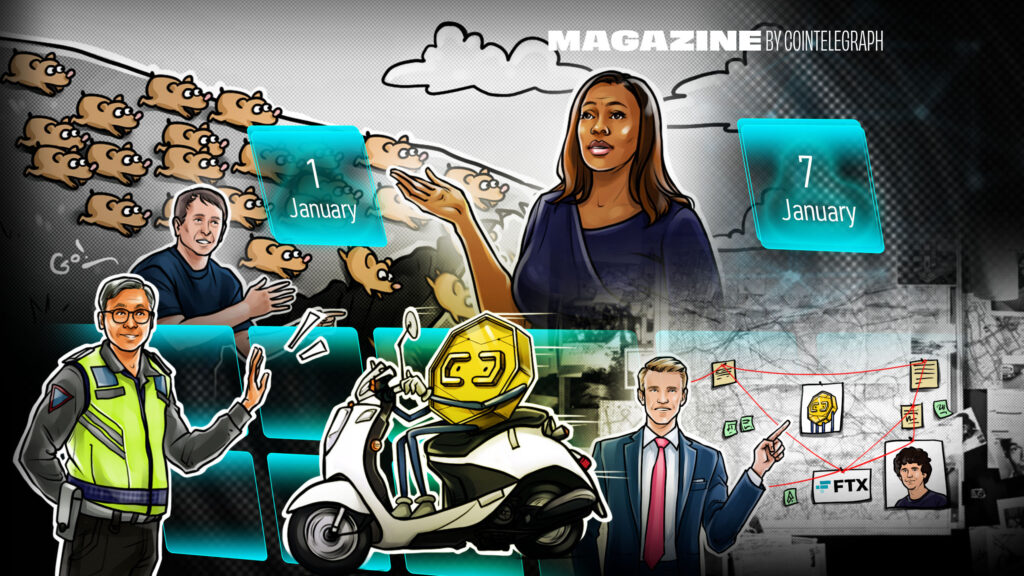 Former FTX CEO Sam Bankman-Fried (has pleaded not guilty to all charges related to the collapse of the crypto exchange, including wire fraud and securities fraud. He faces eight criminal counts, which could result in 115 years in prison if convicted. Furthemore, a petition has been filed by Bankman-Fried’s legal team asking a court to redact and not disclose certain information on individuals acting as sureties for his $250-million bond, alleging threats against his family.

A task force organized by the Southern District of New York has been formed to track and recover missing customer funds as well as investigate and prosecute the collapse of crypto exchange FTX. A similar effort had already been underway by FTX’s new management, which hired financial advisory company AlixPartners in December to conduct “asset-tracing” for missing digital assets.

Blockchain games take on the mainstream: Here’s how they can win

Should crypto projects ever negotiate with hackers? Probably

The United States Securities and Exchange Commission (SEC) has filed a “limited objection” against Binance.US’s proposal to acquire the assets of bankrupt firm Voyager Digital. In its offer, Binance.US pledged $1 billion to purchase the assets, but the SEC raised concerns about the company’s ability to fund the deal, suggesting that Binance’s global unit would be required to support the acquisition.

In response to violations of New York’s financial services and banking laws, crypto exchange Coinbase will pay a $50 million fine and invest $50 million to correct its compliance program. According to the financial regulator, the crypto exchange had many compliance “deficiencies” related to Anti-Money Laundering requirements, particularly regarding onboarding and transaction monitoring.

The crypto community celebrated the 14th birthday of Bitcoin this week, with some sending BTC to the address containing the rewards for mining the genesis block — the first block of BTC to be mined. On Jan. 3, 2009, pseudonymous Bitcoin creator Satoshi Nakamoto mined the genesis block, which led to the minting of the first 50 BTC, paving the way for an entire industry to be developed.

How do you DAO? Can DAOs scale and other burning questions

“Bitcoin, specifically, has the potential to promote financial inclusion because of its decentralized nature, which makes it resistant to censorship and manipulation.”

“The problem for many in DC is that they equate FTX with the entire crypto industry.”

Ron Hammond, director of government relations at the Blockchain Association

“We see lots of problems in security because people don’t realize that this is their personal responsibility against their own assets. People are not ready for this.”

“We’re proud of our commitment to compliance, but we are also willing to acknowledge where we have fallen short, including by paying penalties & working hard to fix issues.”

“In fact, crypto assets have become investment and financial instruments, so they need to be regulated on an equal basis with other financial and investment instruments.”

“As the former CEO of Celsius, Alex Mashinsky promised to lead investors to financial freedom but led them down a path of financial ruin.”

As 2023 begins, Bitcoin keeps experiencing a lack of volatility, leading to debates among traders over the timing of a breakout. The narrow trading range has been in place since the FTX saga in November.

Trading platform Trend Rider examined the one-week chart to flag $16,800 as the current 100-week point of control (PoC) — the price level generating the largest volume in the specific period.

“~16.8K is the new 100 Weekly POC for Bitcoin. In simple terms on the last 100 weeks this is the level where most volume has been traded, which is creating a potential bottom formation,” noted the crypto firm.

The United States District Court in Puerto Rico has issued an order of detention to Mango Markets exploiter Avraham Eisenberg. As per court records, Eisenberg’s release is not subject to any condition or combination of conditions that would guarantee his appearance. With the decision, Eisenberg will remain in custody until the case is finished or released under a new bail hearing.

Silvergate sold assets at loss and cut staff to cover $8.1B in withdrawals

The collapse of FTX triggered a run on Silvergate, forcing the bank to sell assets at a steep loss to cover some $8.1 billion in withdrawals. In addition, about 200 employees at the bank were laid off, representing 40% of its staff. The bank has been under scrutiny from United States lawmakers because of its ties to FTX and Alameda Research.

In its second round of layoffs in six months, Genesis Global Trading has reportedly cut 30% of its workforce. The crypto lending platform halted withdrawals and suspended new loan originations in November, citing “unprecedented market turmoil.” In another headline on headcount reduction, crypto exchange Huobi announced plans to lay off 20% of its staff as part of its ongoing restructuring following Justin Sun’s acquisition of the company.

The best (and worst) stories from 3 years of Cointelegraph Magazine

We combed through 660 stories from the past three years of Cointelegraph Magazine to bring you the very cream of the crop.

Time-weighted average price is an algorithmic trading strategy that aims to reduce price volatility and improve liquidity during the trading process. 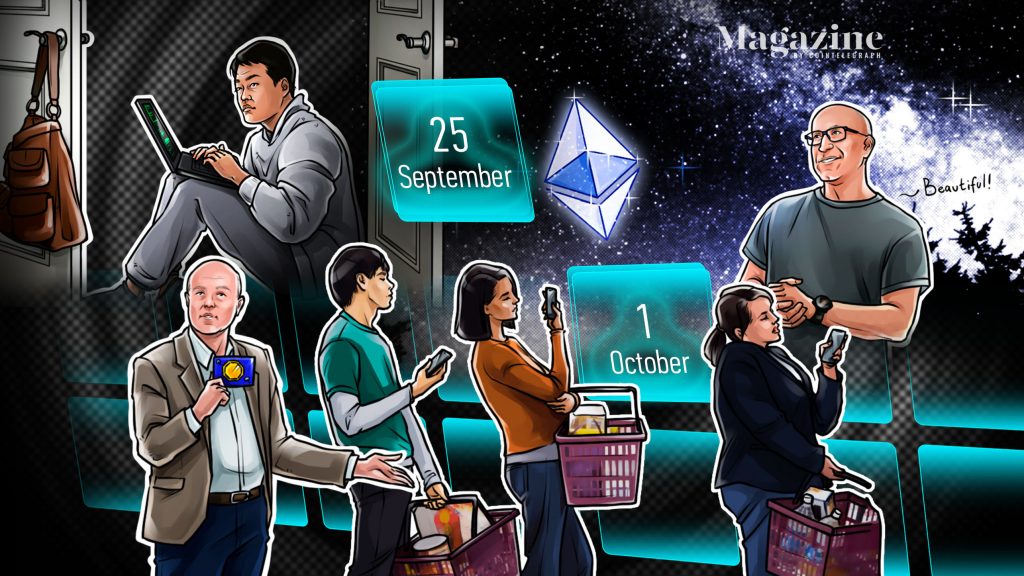 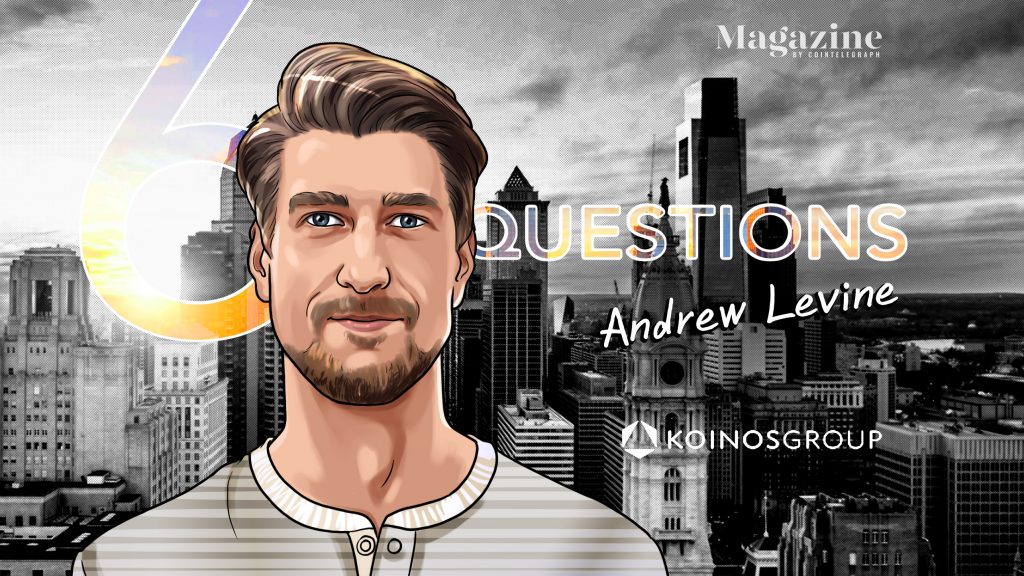