Jude Savage 1 month ago none Leave a comment 2,767 Views 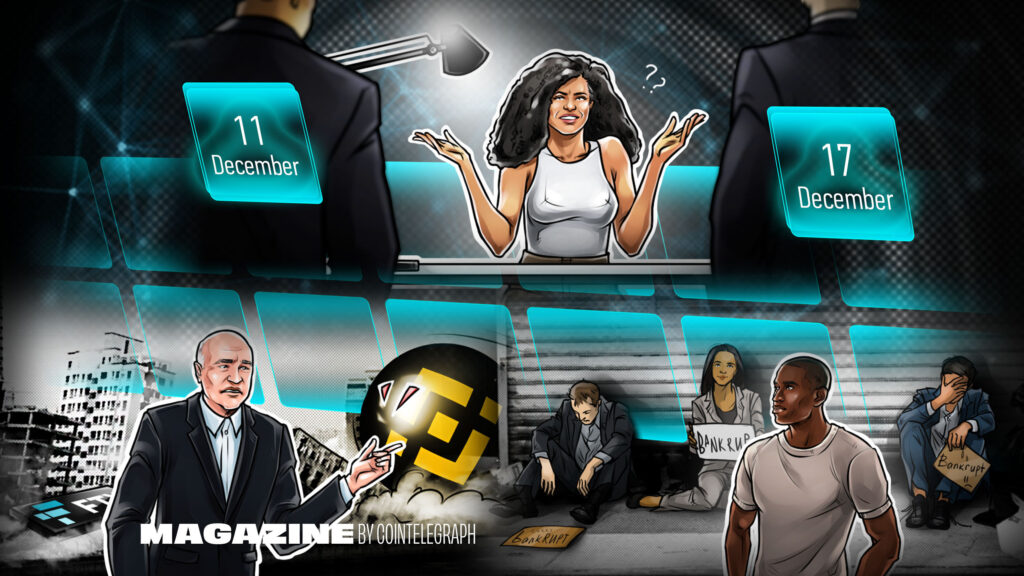 FTX founder Sam Bankman-Fried arrested, set to be extradited to US

Sam Bankman-Fried was taken into custody by the Royal Bahamas Police Force and is likely to stay there until February, after his application for bail was denied in Bahamian court. A second application for bail has been reportedly filed by SBF in the Supreme Court of the Bahamas. His arrest came after the United States government officially filed criminal charges against him — including eight counts of fraud. If convicted, Bankman-Fried could face 115 years in jail, but legal commentators have told Cointelegraph there is a “lot to play out” in the case. The domino effect resulting from FTX’s meltdown has also impacted the professional lives of Bankman-Fried’s parents, resulting in their courses at Stanford Law School being canceled. In other recent developments regarding FTX, a class-action lawsuit against Silvergate Bank was filed in California, aiming to hold the bank accountable for its alleged roles in placing FTX user deposits into the bank accounts of Alameda Research.

Venture capital investor Kevin O’Leary claimed at a U.S. Senate committee hearing that Binance and FTX “were at war with each other, and one put the other out of business intentionally.” The hearing was part of a larger investigation by lawmakers into FTX’s collapse, in which Binance had a significant role, O’Leary claimed. Recent days have seen Binance beset by fear, uncertainty, and doubt (FUD), resulting in a drop in the exchange’s liquidity. Crypto analytics firm Nansen reports that Binance had net withdrawals of more than $3.6 billion from Dec. 7 to Dec. 13.

DeFi vs. CeFi: Decentralization for the win?

United States lawmakers are under pressure to enact crypto regulations in light of the collapse of FTX, and Congressman Tom Emmer believes that this is “probably a good time” to re-introduce a bipartisan bill that would lift requirements for certain crypto businesses and projects to register as Virtual Asset Service Providers (VASPs). The bill, titled the Blockchain Regulatory Certainty Act, aims to remove some hurdles and requirements for “blockchain developers and service providers,” such as miners, multi-signature service providers and decentralized finance platforms.

Two of the most prominent auditors have suddenly stopped offering crypto auditing services. At a critical moment for the crypto industry, Mazars Group removed Binance’s proof-of-reserve audits from its website just days after confirming the crypto exchange controlled 575,742 Bitcoin. The decision affected other crypto exchanges using Mazars’ services, such as Crypto.com and KuCoin. Later, Mazars explained the pause was due to “concerns regarding the way these reports are understood by the public.” Accounting firm Armanino has also ended its crypto auditing services. Armanino has worked with several crypto trading platforms like OKX, Gate.io and the embattled FTX exchange.

MetaMask to allow users to purchase and transfer Ethereum via PayPal

In another move into the crypto space, PayPal teamed up with MetaMask parent company ConsenSys to allow the purchase and transfer of Ether (ETH) through its platform. By logging into the MetaMask app, users will be able to access their PayPal account and complete transactions.Initially, only selected PayPal users in the United States will be able to test the service. Other traditional payments companies are seeking to integrate crypto into their services. In October, Western Union also filed three trademarks for managing digital wallets and exchanging digital assets.

Daft Punk meets CryptoPunks as Novo faces up to NFTs

“Binance is a massive unregulated global monopoly now, and they put FTX out of business.”

“I supposed it made sense. The kid was young, the principles were revolutionary, the ideas were golden. […] Who was I to challenge that?”

“Our experience to date of [crypto] platforms, whether FTX or others, is that they are deliberately evasive, they are a method by which money laundering happens in size.”

“Just as we are protective of our physical assets, we need to make sure that people protect their digital assets and personal information within the metaverse.”

“Looking forward, pretty much everyone who could go bankrupt has gone bankrupt.”

Bitcoin fell below $17,000 as traders remained wary over Binance’s FUD triggering overly bearish BTC price action. On Bitstamp, BTC/USD reached multi-day lows of $16,928 on Dec. 16, according to Cointelegraph Markets Pro and TradingView data. The pair retraced its entire run to one-month highs courtesy of the latest macroeconomic data and policy update from the United States.

“Interesting to see everyone suddenly so bearish on BTC as if it’s solely acting so weak. SPX is doing exactly the same, maybe even weaker,” noted Michaël van de Poppe, founder and CEO of trading firm Eight, questioning whether the Binance FUD really had a role to play in the markets.

Microsoft has quietly banned crypto mining from its online services to increase the stability of its cloud services and better protect customers from risks like cyber fraud, attacks and unauthorized access to resources, according to a report. The new restrictions were introduced on Microsoft’s universal license terms, citing that “mining cryptocurrency is prohibited without prior Microsoft approval.” With this move, Microsoft joins other cloud computing providers, including Google, who also prohibit customers from mining cryptocurrency without prior written consent.

Gemini appears to have suffered a data breach from a third-party vendor. Hackers gained access to 5,701,649 lines of information related to Gemini customers’ email addresses and partial phone numbers, per documents obtained by Cointelegraph. According to Gemini, the breach was caused by a third-party vendor, but it also warned of ongoing phishing campaigns. The leaked database did not contain any sensitive personal information such as names, addresses and other Know Your Customer information.

The United States Securities and Exchange Commission (SEC) filed a claim against eight individuals associated with the Discord-based forum Atlas Trading for alleged stock manipulation. The SEC reported that bloggers made at least $100 million by acquiring substantial positions in securities, recommending them to their followers, and then selling their shares to capitalize on the demand they generated by their “deceptive promotions.” Cryptocurrencies and other digital assets were not mentioned in the complaint.

Should crypto projects ever negotiate with hackers? Probably

Some security experts think negotiating is a smart way to get back most of the stolen funds, while others argue you should never give in to extortion.

Can Bitcoin survive a Carrington Event knocking out the grid?

A massive Carrington Event-level solar storm could knock out the majority of electronics on earth. Would crypto survive everything going offline at once? 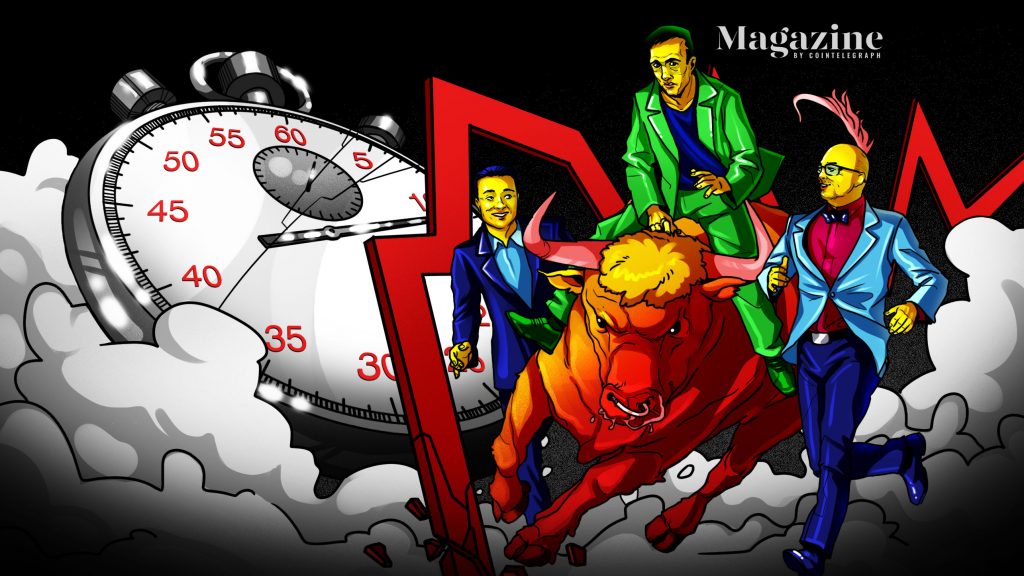 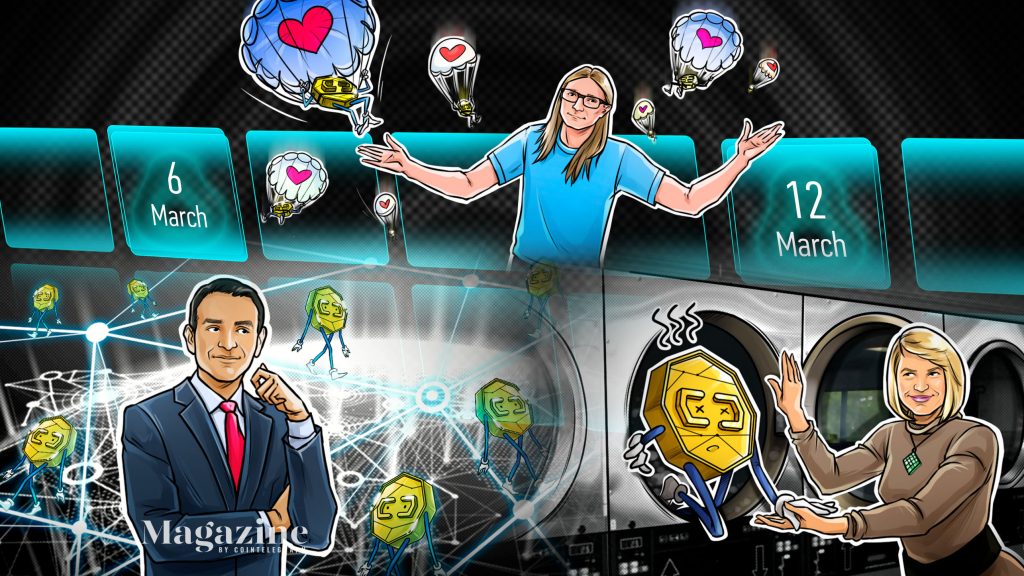 Previous Algorithmic stabilization is the key to effective crypto-finance
Next Sam Bankman-Fried seeks to reverse decision on contesting extradition: Report