Jude Savage 2 months ago none Leave a comment 899 Views 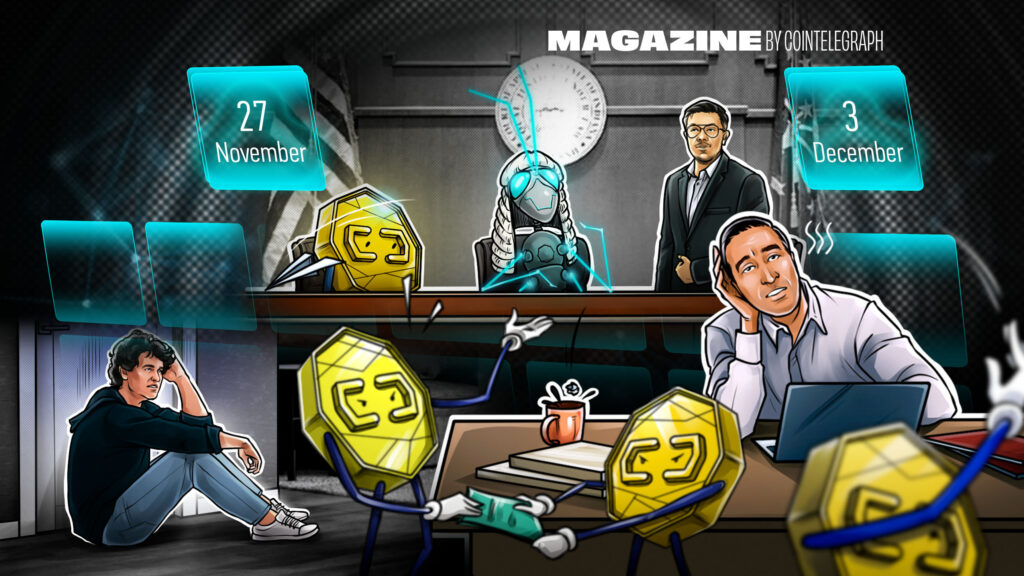 Coming every Saturday, Hodler’s Digest will help you track every single important news story that happened this week. The best (and worst) quotes, adoption and regulation highlights, leading coins, predictions and much more — a week on Cointelegraph in one link.

BlockFi files for bankruptcy, cites FTX collapse for its troubles

Digital asset lending company BlockFi announced on Nov. 28 that it has filed for Chapter 11 bankruptcy in New Jersey. The bankruptcy filing revealed, among other details, that BlockFi aims to restructure and keep specific employees on board. BlockFi has eight daughter companies that are also included in the bankruptcy motion. Later news revealed bankruptcy proceeding details, including BlockFi’s attorney reporting that $355 million of the organization’s capital is sitting frozen on FTX.

Kraken settles with US Treasury’s OFAC for ‘apparent’ sanctions violations

In a settlement with the United States Office of Foreign Assets Control (OFAC), U.S. crypto exchange Kraken will pay a fine of approximately $362,000 for breaking sanctions against Iran. The firm self-reported the violation to the OFAC, according to comments from Marco Santori, Kraken’s chief legal officer. Kraken allegedly allowed usage of its exchange by Iran-based participants and did not have a proper system in place for banning certain IP addresses. The firm has agreed to put $100,000 toward sanctions compliance measures as part of the settlement, in addition to the $362,000 fine.

Can blockchain solve its oracle problem?

How to stop your crypto community from imploding

FTX headlines keep rolling in as events unfold. FTX’s bankruptcy case has prompted the U.S. trustee working the case to request an independent examiner to come look into the details surrounding FTX’s downfall. Another headline revealed that bank accounts of sister entity Alameda Research were reportedly used for FTX customer fund activities without the exchange working with a bank directly. FTX was also the subject of a Dec. 1 meeting of the U.S. Senate Committee on Agriculture, Nutrition and Forestry. Additionally, Bahamian authorities are investigating FTX.

Binance continued to work on increasing its transparency regarding its reserves. The crypto exchange hired Mazars, an accounting firm known for retaining former U.S. President Donald Trump as a long-time client, to perform its proof-of-reserves (PoR) audit. Mazars and the Trump family cut ties in 2022. In another development related to the PoR audit, Binance has recently moved large amounts of cryptocurrencies, raising concerns in the crypto community.

Three Arrows Capital liquidators are having difficulties engaging with Su Zhu and Kyle Davies, the hedge fund’s founders. During a virtual hearing in the Southern District of New York Bankruptcy Court, lawyers representing the liquidators said the founders did not engage with them in recent months, despite being active on social media. Zhu and Davies are believed to be currently based in Indonesia and the United Arab Emirates, where it is difficult to enforce foreign court orders.

Building blocks: Gen Y can use tokens to get on the property ladder

Coldie And Citadel 6.15: The Creator, The Collector, The Curator

“I think that the crypto industry will have to take a more focused approach, shifting from hype cycles toward building real utility.”

“If you’re a Brazilian or you’re from Venezuela or Argentina, it becomes much easier to understand the power of a decentralized currency.”

“DeFi-centric platforms simply cannot fall victim to shady business practices because ‘code is law’ for them.”

“We have definitely noticed more people buying Bitcoin due to the FTX crash.”

“I do think Apple has sort of singled themselves out as the only company that is trying to control unilaterally what apps get on a device and I don’t think that’s a sustainable or good place to be.”

“Clearly, I made a lot of mistakes or things I would give anything to be able to do over again.”

Bitcoin spent some time at over $17,000, although the asset has played above and below the level multiple times in the past days, according to Cointelegraph’s BTC price index.

Early in the week, pseudonymous digital asset analyst il Capo Of Crypto tweeted that danger possibly lies ahead for BTC if the asset falls under the $16,000 mark. “When it breaks below 16k, it teleports to 12k-14k,” the analyst said on Nov. 28.
Other notable factors and analysis were also mentioned in the article, including the potential importance of November’s monthly candle close.

A third unexpected death recently shook the crypto space. Vyacheslav Taran, the 53-year-old billionaire Russian president of Libertex Group, died in a helicopter accident on Nov. 25, confirmed in an official statement from Libertex. Taran also founded Forex Club and had a hand in multiple crypto endeavors. The helicopter trip to Monaco from Switzerland only had Taran and the pilot on board, both killed in the crash. Amber Group’s 30-year-old co-founder, Tiantian Kullander, and MakerDAO’s 29-year-old co-founder, Nikolai Mushegian, also both unexpectedly died in November and October, respectively.

Joshua David Nicholas received a prison sentence of approximately four years for his involvement in EmpiresX, a $100 million crypto Ponzi operation. Nicholas served as head trader for the scheme, claiming the promise of profits based on bot trading, although the operation was actually a Ponzi scheme that misused customer funds. Still at large, Emerson Pires and Flavio Goncalves also played roles in the scam, which ran from 2020 to 2022.

Bankman-Fried on the hook in Texas, called to appear at Feb. hearing

An investigation by the Texan securities regulator is looking into whether Sam Bankman-Fried and FTX US violated Texas securities laws. Bankman-Fried must appear in court on Feb. 2 as part of the investigation. According to a notice of hearing filed by Texas State Securities Board Director Joseph Rotunda and served to Bankman-Fried on Nov. 29, FTX US offered unregistered securities to Texans through its “EARN” accounts.

“There’s this whole other side of crypto that we just don’t hear about that’s based on Asian culture. And that’s all originating in South Korea.”

Socios boss’ goal? To knock crypto out of the park

“As an entrepreneur, I always try to find new opportunities… At the end of 2017, I started to look at crypto from a sports angle.”

How stable are stablecoins in the FTX crypto market contagion?

The collapse of crypto-exchange FTX hit the crypto world like a tropical storm. It bears asking once again: How stable are stablecoins? 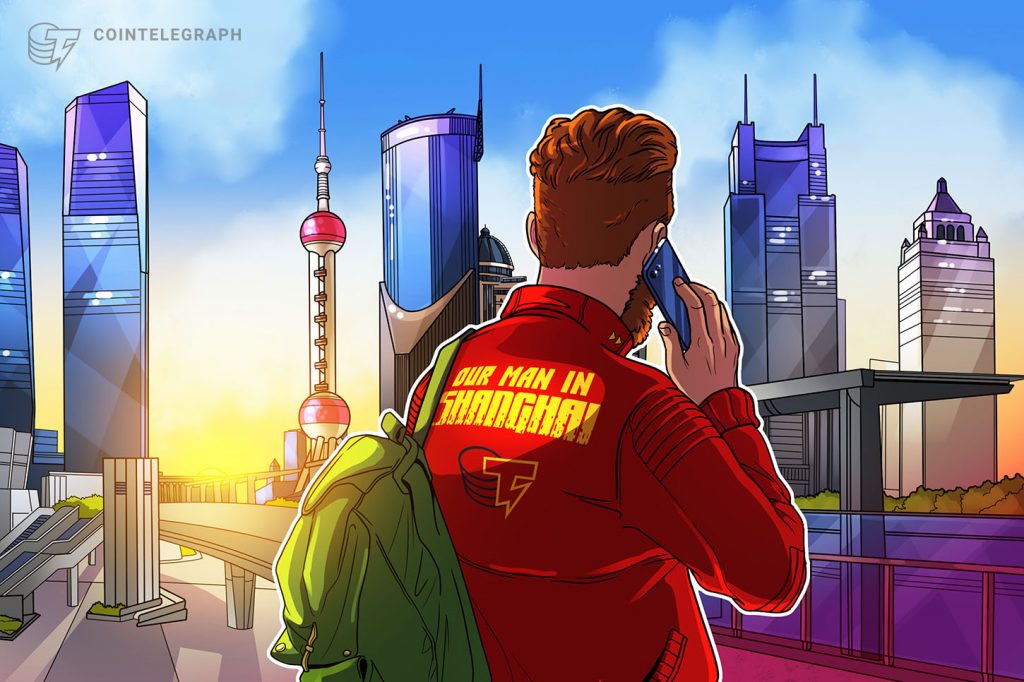 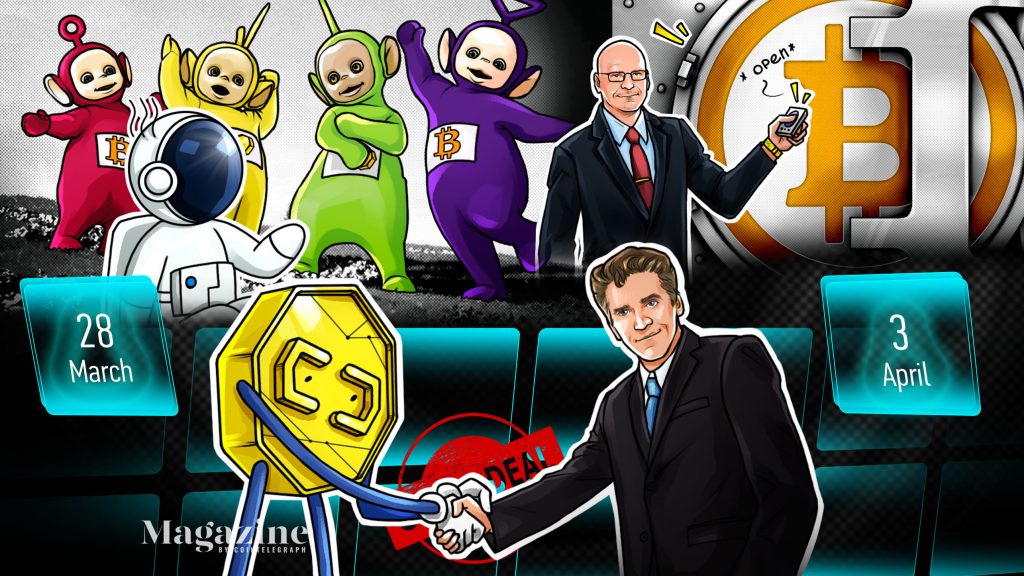 Previous Will Grayscale be the next FTX?
Next Mysterious Bitcoin miner shows off oldest signature dated Jan. 2009