Home / tutorial / What Are Whale Tactics

What Are Whale Tactics

If you look at the market, you will find that there are a number of factors or actors involved. Some of these actors are called whales. This article uses common terms in the digital currency trading market, and you can read more about these terms in the Glossary of Digital Currency Terms. Perhaps the image that now emerges from the whale in your mind is the image of a beloved cartoon character in Walt Disney animations;

Well, I have to say that in reality, it’s a bit different!

Whales are very intelligent hunters and sometimes hunt in groups. Some catch small fish and jawbones, employing clever tactics. So it’s best to keep an eye out for whales in ambush! Especially in the digital currency market…

We now turn to the tactics used by whales in the digital currency market. This section will explain why sometimes prices just fluctuate when you don’t expect them, and vice versa:

One of the most common methods of whales is pump and dummy tactics. Whales have so much capital that they can either raise the price of stocks, queens, or tokens or “pump” them. This is possible because there are no restrictions on the exchange of digital currencies, especially in smaller currencies where the total market value is the ultimate $ 1 billion and has a bright future.

It’s a simple tactic: a whale or a group of whales make big purchases. This leads to a huge increase in the price, which is shown in the candlestick charts in large green bands.

Sometimes this amount drops from purchase to purchase. One thing to note is that the price increase is always high and it is worth noting. Usually, telegraph channels and news media sites are filled with rocket and moon images and moons.

As prices rise, more money will be absorbed. These conditions are referred to as Fear of Missing Out or FOMO syndrome. Fumo has caused great concern in the person not to miss an opportunity to socialize, have an unparalleled experience, profitable investment or other pleasurable experience. So, because of this sense in people, prices go higher and grow exponentially.

Whenever there is enough money for a dummy, the whales start to make a big wave of change. This surge makes many people think that this price drop is only temporary and should not be missed! Therefore, with more investment, whales will benefit more.

During this wave , the whales hunt as far as they can, and when the wave sleeps and the sea of ​​investment calms down, the whales leave the scene very slowly. Unfortunate investors who become prey to the illusion of “the highest price in history” remain astonished. This may undermine trust in a chain. But, keep in mind that strategies such as these are often successful in targeted chains.

This strategy has recently worked in the Neblio currency, which has a low total market value. Pumps and dumps always occur after a particular event. This event was about Neblio update dev-4.

Look at the picture below, prices have been pumping for two days and the tide is quite evident. Do you see the big bumps made during the pump?

The second point here is that the price finally came to $ 65 and some people bought it. As you can see, whales have created a good margin for dumping. 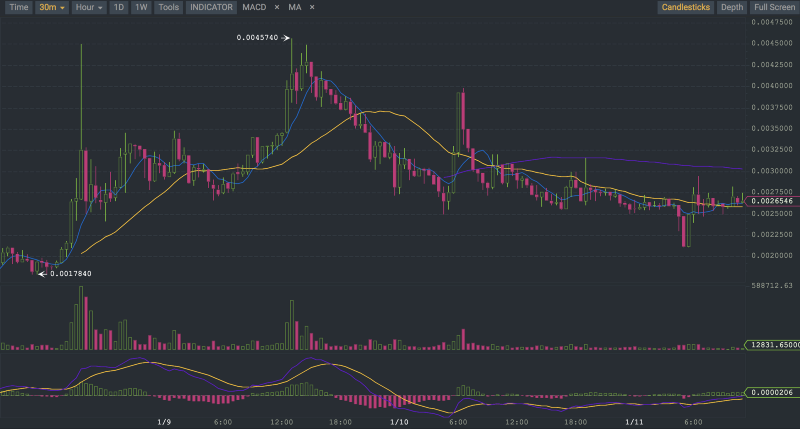 Fortunately, there is also a promising part; the money of investors who bought at the highest price and held their tokens can be refunded. If you check one or two days before this event, you will be witness to this happening. Neblio was the only chain that was more stable than the dollar. This is the exception. That is, Neblio holders trust the chain and will not sell it easily, even when the situation is complex.

During this so-called stream of telegraph channel walls, this is the gypsies of This is Sparta. Selling and resisting in such conditions is truly commendable and not an easy task.

One of the measures that whales have devised to swallow capital in the market is to create a sol-wall. It requires a lot of capital and good market knowledge. This strategy usually works for currencies that will surely multiply in the near future. Here’s the near future in a few months. Whales that use this method always have access to insider information and notice changes before they know the whole market.

But one question. How do whales benefit? Whale buy cheap currencies, hold them, and profit in this way. The better their position, the more they can manipulate prices. The way to do this is by keeping prices artificially low.

Another question, how do they do this? To this end, whale creates a huge sell wall. This is well visible in the market depth chart. Sol Wall cuts prices. One important point to note here is that following a particular event, prices stay constant and do not rise. This worries capitalists and encourages them to sell at the lowest possible price. Whale also takes advantage of the opportunity to buy.

As the news comes out, tuberculosis will be removed. You’re probably familiar with the concept of a surge price or a swing price when the demand increases as the cost increases. Hence, with the removal of Sol Wall a huge surge in the market is taking place and channels are starting to send Lamborghini and Moon images and mums!

When the margin has expanded enough, the whale begin to dump. So, this method eventually ends up with the pump and the dump. Because whales hold a great deal of capital, they can continue for a long time.

VeChain is a good example of this and usually has large tubes that take weeks. Its price does not rise too much and has little to do with the actual market price. The soles are visible in the image below.

Sometimes these walls are removed for a short time. Meanwhile, market prices rise over a short period of time. As you can see, even if prices fall in the market, Sol Wall is still building.

Another good thing is that you can also profit from big investments. The value of what you invest in it will increase over time and if it remains intact, it will be profitable. VeChain is probably more profitable as it comes from government contracts, promising technology, and so on. If it really turns out that the Chinese government is fully supportive of VeChain, this year will be an eventful year. VeChain may be the most profitable investment this year, but as always, we’ll have to wait and see what happens. There is nothing definite about it.

Deceiving the market with short-term attacks

If the total market value of a currency is more than $ 500 million and it is predicted to reach close to a trillion in the future, whale will be found! Here, banks and hedge funds play a major role, though they deny this. These agents have enough capital to deceive the market. The impact of these factors on other markets has not been small, and the digital currency market is no exception! In this regard, reading the book (Flash Boys) is recommended. 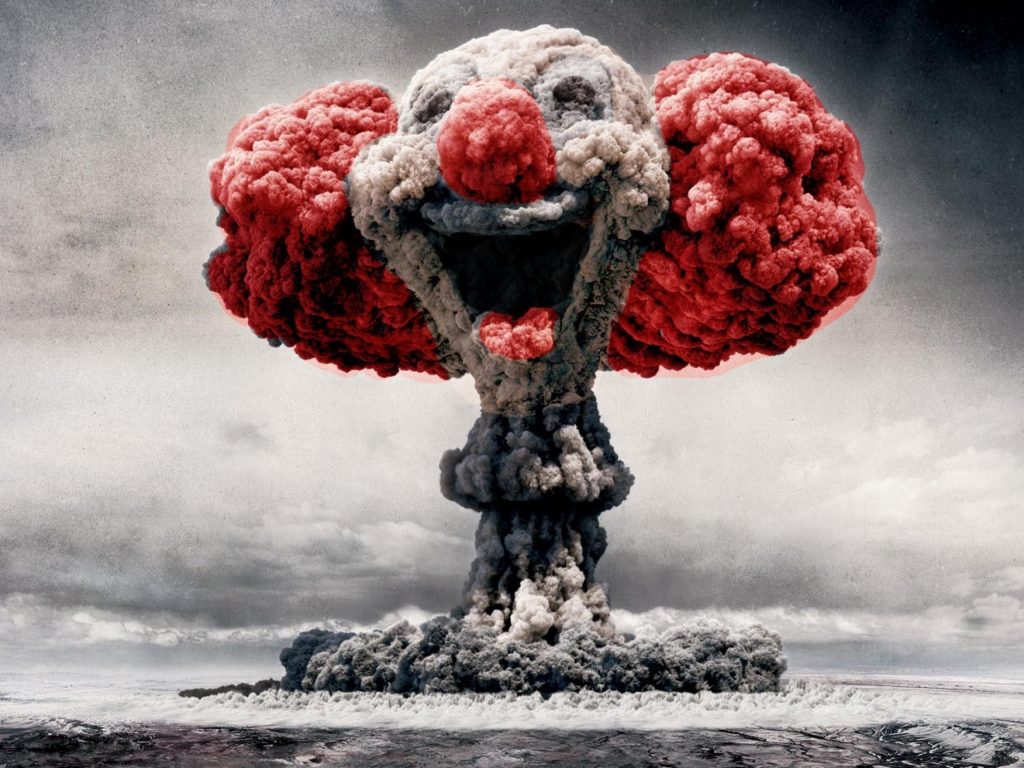 Digital currencies do not meet certain legal requirements. This is mainly one of its positive features, however, the whale path is paved by this feature. We all know that the digital currency market is improving from time to time. That is, market trends change for a short time.

Bitcoin has seen a sharp drop in prices recently, with all penalties falling. This has even worried about professional investors. During the December correction, bitcoin’s value fell to unprecedented levels. This created a lot of FUD (fear, doubt); bitcoin restrictions in China, shocking news headlines about the end of the digital currency era, and…

We cannot say this with certainty. Recent changes are said to have been the result of bitcoin futures markets. But since there are so many rumors about digital currencies, we can’t be sure. But some time later the rumors came true. These markets had some kind of expiration date and “exactly” when that date expired, the digital currency market grew. There is nothing accidental in trading; nothing is accidental sold to anyone, and there is always a strong reason behind each trade. The reason for this is the amount of profit on 15,000 bitcoin futures/dollars. Therefore, the whale lowered the price of bitcoin in a fictitious way, increasing their profits.

This year will see heavy price volatility. Hence, as always, caution is an integral condition of investment. Also, you have to spend a lot of heart!

Don’t forget that anyone, no matter how hard-working and professional in investing, may one day make a mistake.

It is difficult to determine whether the price fluctuations we are experiencing are actually due to the activity of whale or to the general movement of the market. But it is not bad to heed the warnings and consider them. Never follow the chains that grow symbolically in one day. Because then you become one of the buyers who bought at the “highest price in history” !!

ExPay 24 provides safe and secure services in the shortest time possible. Our services include exchanging cryptocurrencies such as Ethereum, Ripple, Tron, Bitcoin, Tether, Monero and Litecoin to Matercard, Google Play, Webmoney, iTunes and also other various services. Your orders will be placed 100% automatically. Contacts us for more information.